Today is July 27th and it’s a scorching 93 degrees (34 C) in Southern Taiwan.  I’m originally from the US but I have been in Taiwan for the past 5 years and one of my favorite things about summer is Taiwanese Snow Ice!

This is different than the snow cones I was used to growing up as a kid.  While snow cones use hard ice chunks and fruity processed flavors, Taiwanese Snow Ice uses blocks of flavored “ice”.  This are then shaved razor thin to create a fluffy snow like consistency that melts in your mouth. 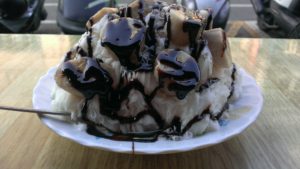 My favorite flavor is Banana with Chocolate Syrup!  This uses a “milk” base powder for the snow ice block and then adds fresh bananas and Hershey’s Chocolate Syrup.

Taiwanese Snow Ice has been growing in popularity and can now be found around the world.  Taiwanese Snow Ice distinguishes itself in two ways.  The first are that the flavor is mixed right into the ice instead of being added to it later.  The second is with the type of machine that is used.  Taiwanese Snow Ice Machines use a machine with a powerful motor and sharp blade that cuts the snow ice block into ribbons. 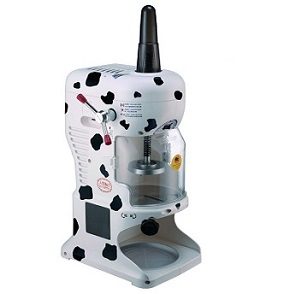 Snow Ice Stores are popping up all over the place and have a pretty simple setup.  All you need are a few snow ice machines, a freezer and the toppings. 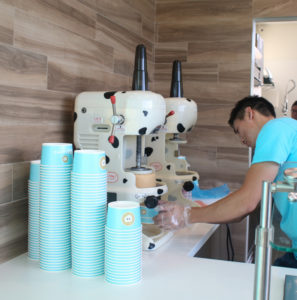 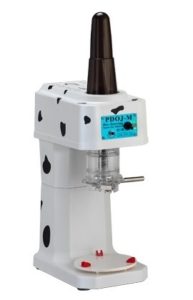